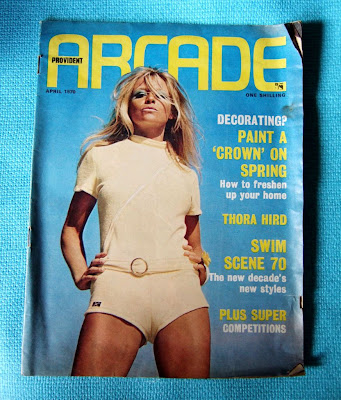 Every time I see this magazine, I can hear a deep, butch voice saying "Arcade... For Men!"  The Sexy Lady in the Towelling Hotpants just makes it look that way, doesn't she? But look at the features - doesn't that say 'Thora Hird'??

I found this odd little magazine in a pile of vintage knitting magazines I bought recently. It seemed a bit out of place, until I discovered it was published to promote the Provident (the financial services company still going today). It can't seem to decide whether to appeal to sexist men or housewifely women. So there's Thora Hird... 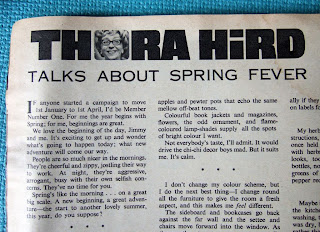 A beachwear feature that gives you a look at 'the styles - and girls'. 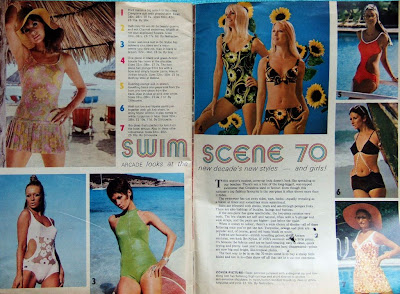 A man and a woman moaning about each other's driving... 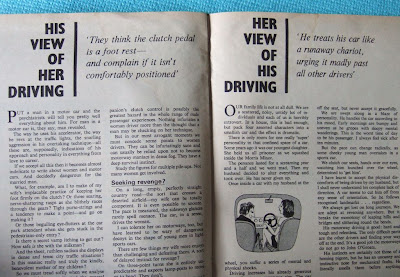 A chance to look at all the stuff you could buy with a Provident loan. 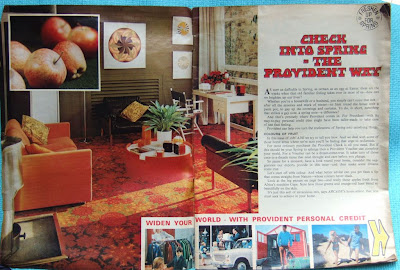 And how to traumatise the pre-teens with eye-watering outfits. (And I don't just mean the psychedelic fabric - look at that poor lad's short shorts!) 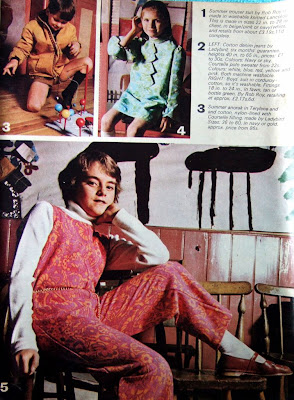 As well as the split personality, the magazine is very thin, and I can't believe they had the cheek to charge a shilling for it. You could have got a copy of 'Woman's Weekly' for that.  But you wouldn't have got the sexy cover, misleading though that is. All in all, it's a sheep in wolf's clothing.
Posted by Kitsch and Curious at 09:37