Random Victorian Greetings of the Season 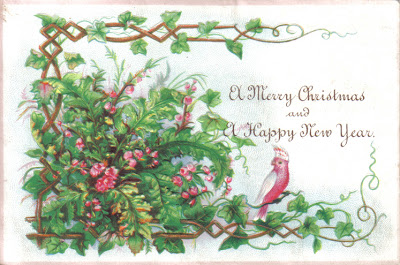 I don't know much about Victorian greeting cards, but some of the ones I've collected seem to indicate that the Victorians were much less conventional than one might think. Let's look at a couple of Christmas cards from my collection. The one above shows lush tropical greenery and a pink parrot, the one below has roses and a butterfly. Not exactly traditional English Christmas scenes. 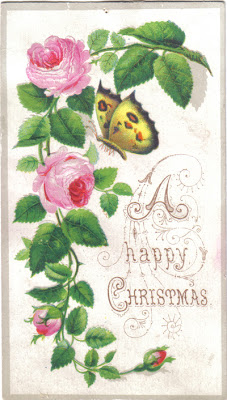 I think the answer to this is that the cards were generic and various greeting were overprinted on the cards. So they could be used for birthdays, Easter or Christmas.
However, this next one, showing medieval boys playing with quoits(?)  must have been intended as a Christmas card, as you can see that the quoit the boy is about to pick up has 'A Merry Xmas' written on it. This one is dated 1880 on the back. 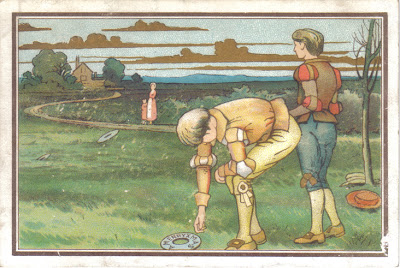 This next one is very odd. Presumably the message of  'A Merry Christmas' on a picture of boys fighting was meant to be ironic? Or are they meant to be dancing rowdily? Either way, I'm sure it'll end in tears... 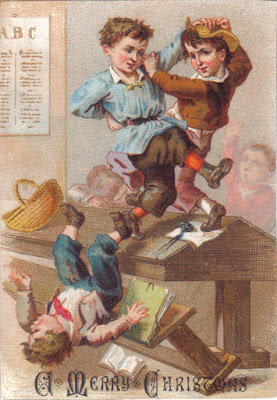 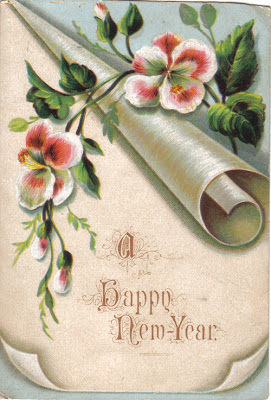 I'm pretty sure this next one was meant to be a Valentine's card. Again, the overprinting made use of whatever cards they happened to have at hand. 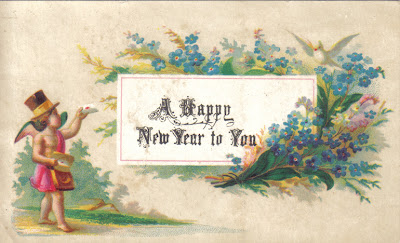 This last one is also overprinted, but could make sense - it could be interpreted as pulling the curtain down on the Old Year, or the New Year making an entrance, maybe. Or maybe it is just completely random... 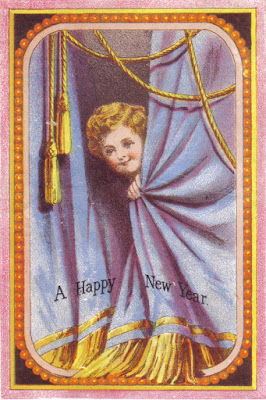 Happy New Year!
Posted by Kitsch and Curious at 11:22