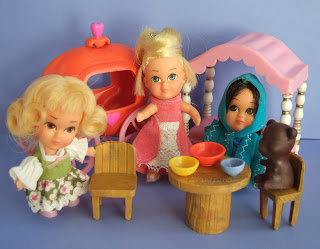 Are you sitting comfortably? Then I'll begin. Once upon a time there was a toy maker called Mr Hasbro in a big, far-off country called America. Mr Hasbro was very jealous of another toy maker called Mr Mattel, because Mr Mattel had made some very small dollies called Liddle Kiddles, which all the girls and boys loved to play with.
'I'm going to make some very small dollies too,' he said, 'and to avoid copyright issues, my dollies will be based on fairytale characters.'

So he made his dollies. Can you see them in the picture at the top? Look, there's Cinderella with her pumpkin coach, and Sleeping Beauty with a bed, and Goldilocks with some empty porridge bowls, and a weird, amorphous lump pretending to be a bear.

And let's see who else, Mr Hasbro brought from Fairytale Land. 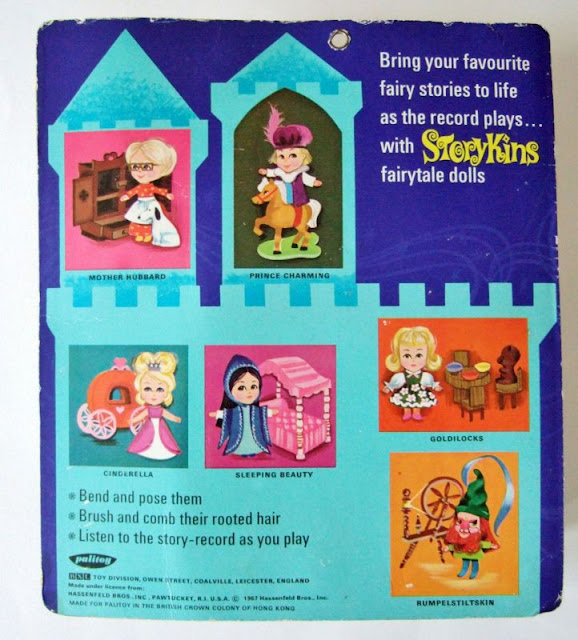 Oh yes, Prince Charming, well strictly speaking, he should been with Cinderella, but okay, he's got a horse. And Rumpelstiltskin? With his spinning wheel. Ugly little fella, isn't he? And then there's Mother Hubbard. 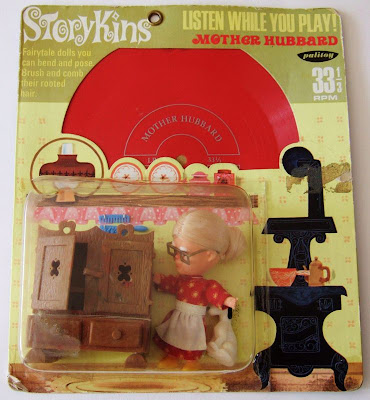 Now, we all know her as Old Mother Hubbard, don't we? But maybe Mr Hasbro was just being polite. Although, if we're going to be strictly accurate, she comes from the Land of Nursery Rhymes, not the Land of Fairytales. And quite frankly, the rhyme is mainly about her dog, who goes on to smoke a pipe and various unlikely activities. But Mr Hasbro just decided to focus on the first verse, which tells of her empty cupboard and her starving dog, and is not really very happy, is it, boys and girls? 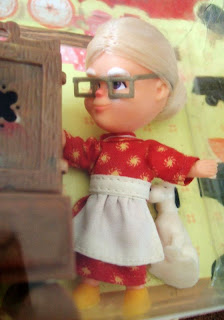 But Mr Hasbro went on to create My Little Pony and Transformers, and made lots of money, so he lived very happily ever after.

Oh geez - I remember those little dollies. Brings back memories. Thanks for the post!
thriftshopcommando.blogspot.com