Parents of All Nations 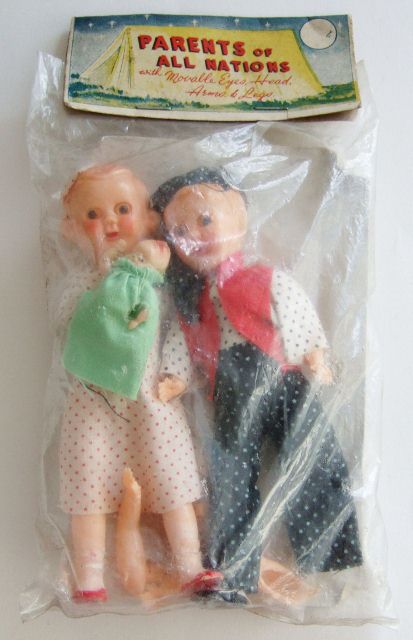 Quite why anyone thought 'Parents of All Nations' was a good idea for a line of cheap plastic toys, I really cannot imagine. Sadly, I only have the one set of parents, still in their original packet, so I don't know which Nations were represented. Judging from their traditional costumes, I think this couple must hail from the People's Republic of Polka Dots.


The whole thing has a rather alarming look now, as Mummy's arms and Daddy's leg have come loose, and the whole thing is a tangle of smashed limbs. Poor Mummy Polka-Dot looks terrified.

But I'm really more interested in the packet header, which strangely, carries a picture of a tent. Maybe this is where they became parents in the first place?

Or maybe, it's meant to convey the idea of some sort of international peace camp, where the aforesaid Parents of All Nations can join together to promote World Harmony. The picture on the back shows the somewhat stunted parents (or are they the children?) linking arms and striding out in a jolly manner. 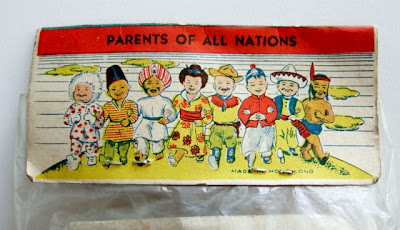 No European countries appear to have attended the camp...
Posted by Kitsch and Curious at 09:30

By gum, this is one of my absolute favourites of your curious things -- love everything about it. But it cries out for more and more Parents to join the throng and make a tent city.