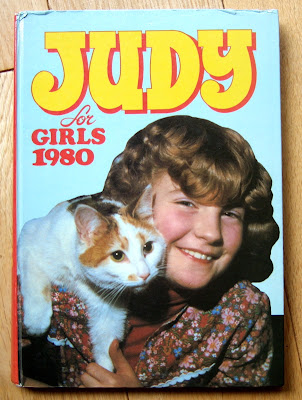 The Judy Annual for Girls might not seem like a curious object, but when you look at it closely, it's pretty odd. The cover photo looks like a snapshot taken in someone's lounge, and that's exactly what it is. They encourage readers to send in their photos, which is quite endearing, and it must have been rather thrilling for young Melissa and her cat Daisy to be on the cover.
Even in 1980, the stories in girls' comics revolved around looking after children and animals. 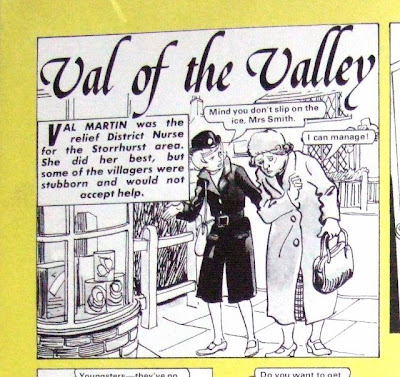 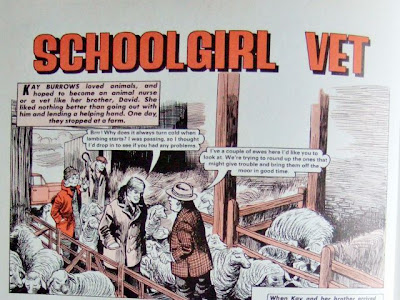 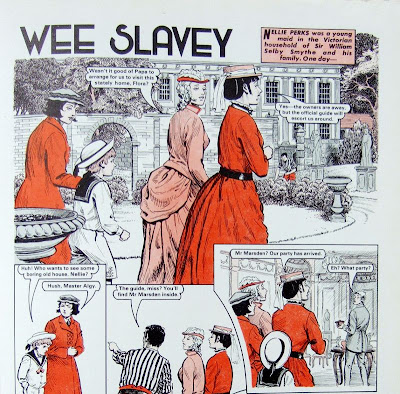 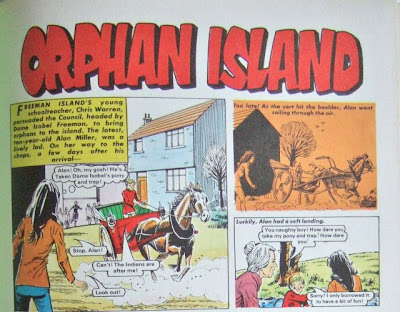 'Wee Slavey' and 'Orphan Island' also fall into the category of poor but good girls being given a rotten time by the rich and mean. There was a lot of that in olden days, it appears. There are also a few 'girls in peril' stories and ghost stories.

Judy was after my time, but I never read girls' comics much, (I preferred The Beano). It's no wonder, when you see the restricted choice of role models in these stories. In the comics I remember, like Bunty, the career choices for girls were nurse, ballerina, air hostess or showjumper. Unless you were good-looking enough to become a model. Nothing much had changed by 1980, it seems.

However, contemporary culture does make an appearance. A comic strip about Johnny Nash. (I must admit I struggled to remember who he was.) 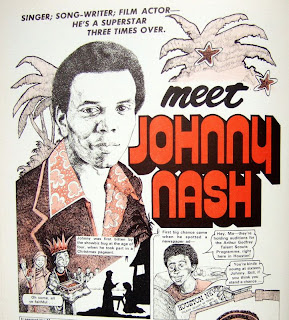 In that limited world of girls comics, pop stars and ponies sit side by side. 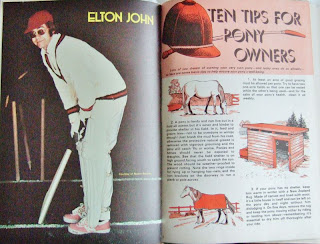 And the most potent reminder of how long ago 1980 was - a 'computer' made of cards and string. 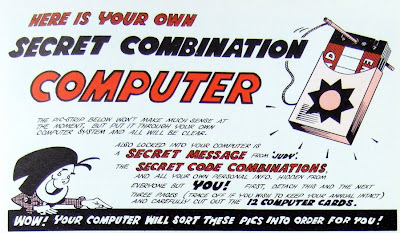 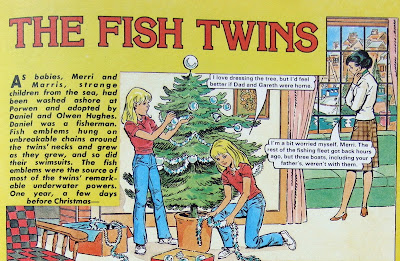 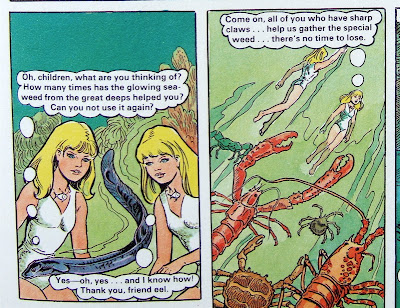 Not quite sure how they reconcile their fishy friendships with their adopted father being a commercial fisherman...

Glorious! I'm very glad the fishy girls' swimsuits 'grew as they grew'. 'Wee Slavey' -- brilliant! I love all of it. They must have been too mean to pay for a proper photoshoot for the cover.