Do You Feel Lucky? 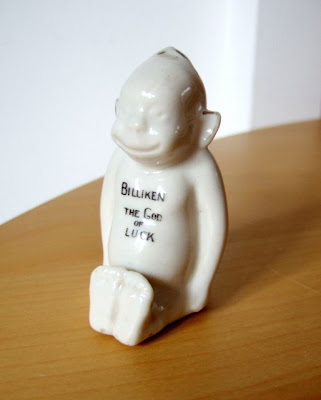 Look who I found last week - The God of Luck. Well that's pretty lucky for a start, isn't it? Did you know The God of Luck was called Billiken? No, neither did I. I picked him up because, well, he's just plain bonkers, isn't he? Turns out Billiken was created and patented by an American in 1908. You can read about her here. 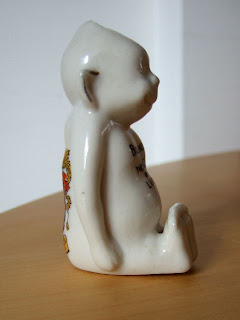 Although it's rather marvellous to be able to get so much information so quickly from the interweb, in some ways I'm a bit disappointed. In the olden days, Billiken would have remained a mystery to me, a riddle wrapped in an enigma. I would have pondered his oddity, and then, one day when I was least expecting it, I might have found his picture in a book, and been able to say 'Ohhh, that's what a Billiken is!'.

However, he does have one final bizarre mystery - why has he got the coat of arms for Droitwich tatooed on his back? Is that lucky? 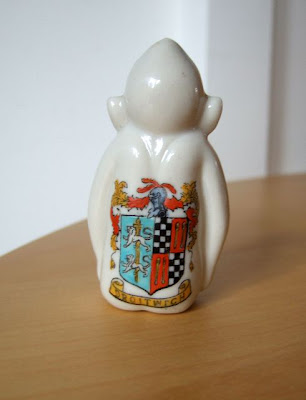 Posted by Kitsch and Curious at 09:17

Well, you learn something every day. Interesting. I guess there must have been Billikens with all different crests on them, along the lines of Goss.